How To Get Selected in Ranji Trophy

The Ranji Trophy is one of the most important first-class cricket championships of India. In this championship, different regional cricket associations select a team to represent them. There are 27 teams in the Ranji Trophy, most of them from different Indian states and territories.

If in this oneHOWTO article we told you how to get into an Indian cricket team, in this one we'll discuss how to get selected in Ranji trophy.

You may also be interested in: How many Teams Play in Ranji Trophy - The Answer
Contents

Origin and history of the Ranji Trophy

The name of the championship comes from Ranjitsinhji, who was also Jam Saheb or ruling prince of Nawanagar during the first decades of the 20th Century. "Ranji" became one of the most famous cricket players of all time, changing the sport forever.

In July 1934, a year after Ranjitsinhji's death, the Board of Control for Cricket in India (BCCI) held a meeting in which it was decided to hold an important competition. It was named "The Cricket Championship of India", which shows how important and wide-reaching was this trophy expected to be come. The first matches took place in the 1934-1935 season.

The first match of the competition that would become the Ranji Trophy was held between the teams of Mysore and Madras at Chepauk Stadium in Chennai on the 4th November, 1934. Eventually, the Bombay team - nowadays called Mumbai - won the Cricket Championship of India over the North India team.

The trophy for the tournament was donated by Bhupinder Singh, Maharaja or ruler of Patiala. He was also behind the decision of naming the championship after Ranji the next season: this is the origin of the Ranji Trophy as we know it. Until now, Mumbai is the team with the most Ranji Trophy victories.

Who participates in the Ranji Trophy?

However, out of the 28 current teams, some of them are India-wide. These teams include the Services cricket team, who represent the Indian army, and the Railways cricket team, which has two home grounds, one in New Delhi and the other in Bhubaneswar. Take a look at our article on how many teams play in Ranji Trophy for more details.

How to get selected in Ranji Trophy

The first thing that everyone interested in playing cricket professionally should know is that there is no shortcut to a career in this popular sport.

If you want to get selected for Ranji Trophy and represent your state or company, you should start playing and practicing cricket in a club or team from a very young age. The sooner you start to enhance your cricket skills, the better shot you have at playing cricket professionally and play at the Ranji championship.

Keeping these points in mind, in order to get selected for Ranji Trophy you should take the following steps:

At oneHOWTO we'd like to help improve your cricket skills, which is why we have prepared some articles for you to practice day by day:

Finally, here you can learn more about what is the Ranji Trophy selection process.

If you want to read similar articles to How To Get Selected in Ranji Trophy, we recommend you visit our Sports category.

Rating:
G.Sabarish
13/08/2019
sir iam interested in cricket iwant join in india cricket team how to join india team
Mahajan Yogeshvar L
26/01/2021
Same question here
Rating:
Sunny Roy
04/07/2019
I am interested
Rating:
GAJU TUMMALWAR
29/06/2019
its very good information
Muzamil
27/03/2019
I love cricket mine dream to play indian team im all rounder batting bowling keeping 💪💪
Rating:
salman mukadam
09/02/2019
i am allrounder and me and my parents dream for a play of ranji or team of india
Muzamil reshi
27/03/2019
Best of luck
PUNIT SACHDEVA
21/11/2018
I am play cricket i am fast bolwer
vishal
13/10/2018
I am 17 year old and I want to give trial for haryana cricket team
Naveen Rajpoot
08/10/2018
can anybody tell me what is the criteria to play for ranji trophy
Rating:
love preet singh
07/10/2018
In my life cricket is always. I am keeper batsman. I am play local tournament. I win all matches as captain of our team.
Prabhakaran
11/08/2018
Iam prabhakaran ITCFT20 CRICKET PLAYER INDIA /ica cricket t20 india iam all ride play sir
Iam batsman with wk keeper sir plz chance me sir iam waiting for ranji trophy play wait please chance me sir.
KAPIL SAURABH
05/08/2018
Sir all state selection list
Sarvan Kumar
28/07/2018
Where are Selection in ranji trophy ?
How To Get Selected in Ranji Trophy 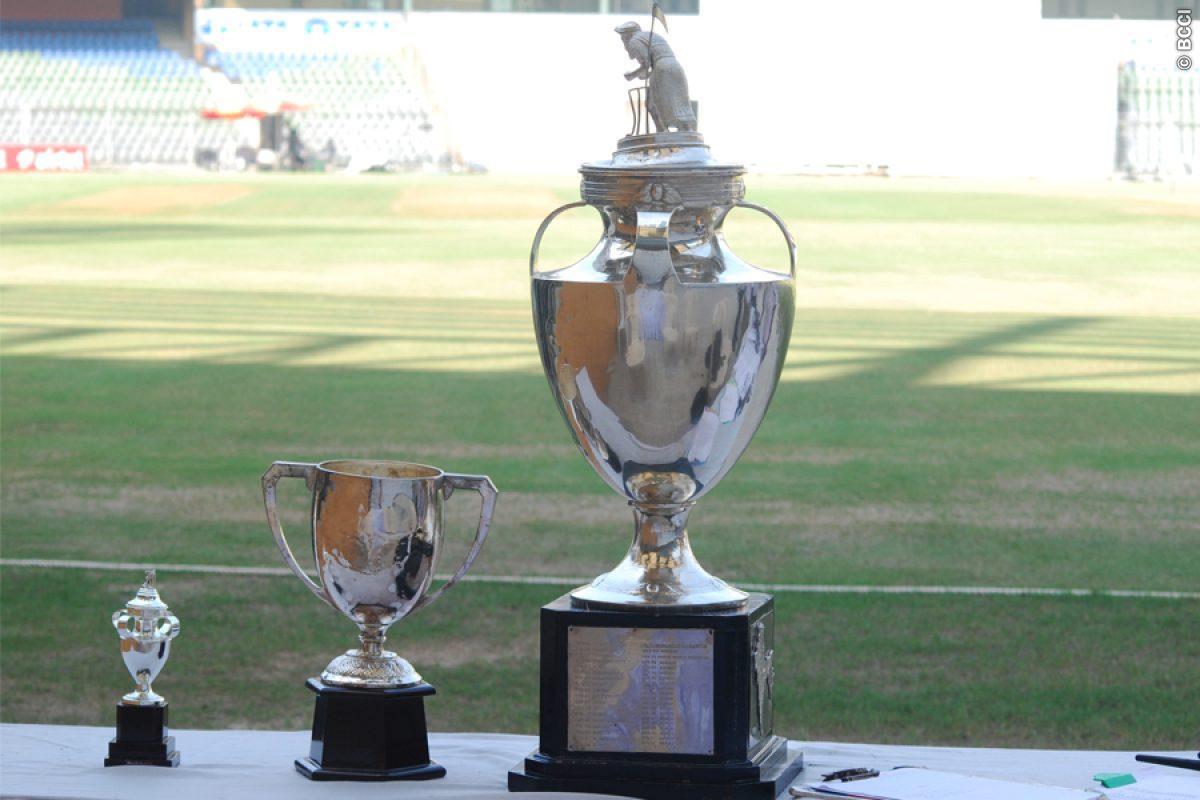 Image: relaunch-live.s3.amazonaws
1 of 2
How To Get Selected in Ranji Trophy
Back to top