How to Get to Camp Nou in Barcelona 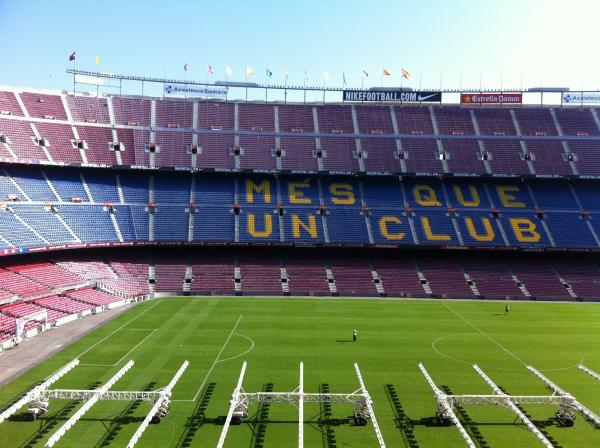 Camp Nou is a football stadium, known for being the home of FC Barcelona and the largest stadium in Europe. The popular stadium is located in the upper part of the city, in the Barcelona district of Les Corts.

If you are not familiar with Barcelona, getting to the Camp Nou can be a bit complicated. However, there are different public transport routes that will help you get there. In fact, the metro line 9 has a stop at Camp Nou which has recently been opened.

In this oneHOWTO article we'll explain how to get to Camp Nou in Barcelona from various locations in the city so that you can enjoy your match or visit without any worries. If you plan on traveling to Barcelona for days, you can book a hotel next to Camp Nou and enjoy the place and the city.

You may also be interested in: How to Become a Premier League Referee
Contents

Luckily, there are five different metro stops near Camp Nou, with a new one right in front of the FC Barcelona stadium opened in 2016.

To get to Camp Nou from Plaça Catalunya, the very center of the city, we recommend taking the green line from there until Les Corts, and then walking. This option takes little more than 20 minutes.

To get to Camp Nou from the airport, take the new Line 9 - L9 or orange - directly from there and stop either at Camp Nou or at Collblanc. Another option is to go by train from the airport to the city centre and then take the metro. The orange L9 line is currently divided into north and south sections. When the project is fully completed, these two lines will be connected, making it even easier to get to the Camp Nou grounds from other parts of the city.

The Barcelona tram does not reach the entire city, but it is a comfortable option that allows you to do some sightseeing and is not affected by traffic. It's an excellent way to get to Camp Nou if you plan the combinations beforehand, but at the end of a match it usually gets very crowded.

There are 6 tram stops that allow you to get to Camp Nou, via the tram line surrounding the stadium to the north. The possible tram lines are T1, T2 and T3:

There are several bus lines that will help you get to Camp Nou, or at least very close. Remember to go with time to spare in case there is traffic or the buses are too crowded for you to get in.

These are TMB - or regular - bus lines. After 10 pm, look for the N2, N3, N12 or N14 night bus lines instead. If you need to ask someone about them, ask for the "nitbus". The tickets for the metro, tram, bus and night bus lines are the same.

Camp Nou has its own car park for club members.

Currently, there are no parking permits available.

However, you can get to Camp Nou by car and park nearby, even if not directly on the grounds. Parking on Joan d'Alós St is ideal if you're coming from the upper part of Barcelona or from La Ronda de Dalt. Parking at the Hotel Reina Sofia costs 10 euros.

If you're getting to Camp Nou from the airport, you can easily take a taxi. If you're still going by car, see the attached image on how to get to Camp Nou.

The Camp Nou stadium is divided into four areas: Gol Nord and Gol Sud - behind the goals at each end - and the Tribuna and Lateral. Each area has an independent entrance, so make sure you go through your corresponding door to get to your allocated seats.

This is how to get to Camp Nou in Barcelona by metro, bus or car. Since you're visiting, why not making the most of your stay and see some other places?

If you want to read similar articles to How to Get to Camp Nou in Barcelona, we recommend you visit our Sports category.

By car it should take around 30 minutes from the W to Camp Nou.

oneHOWTO
How to Get to Camp Nou in Barcelona 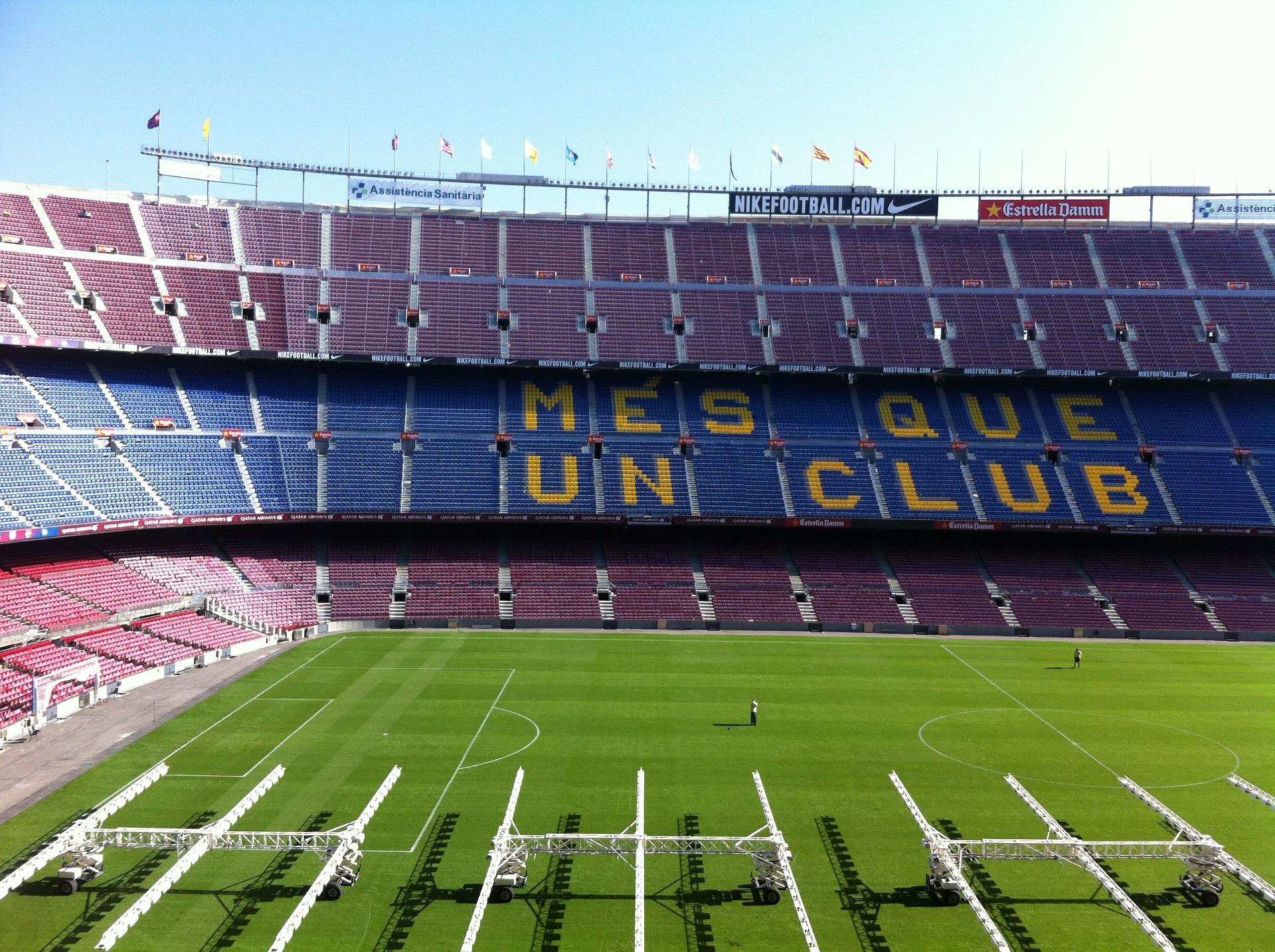 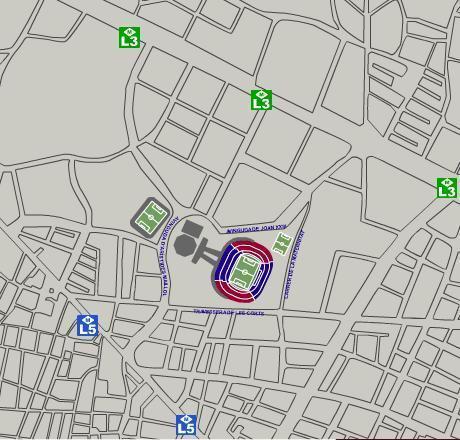 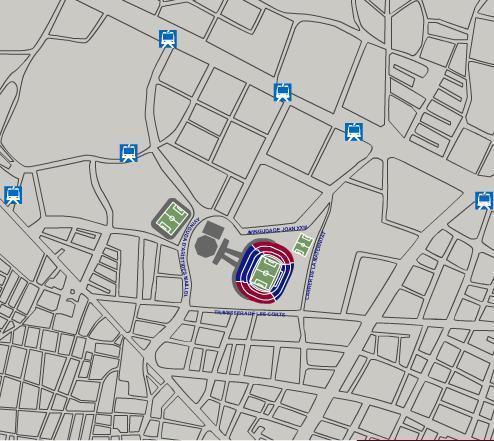 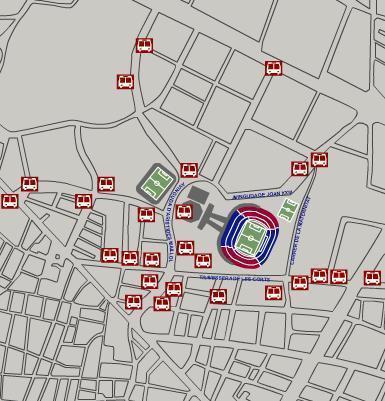 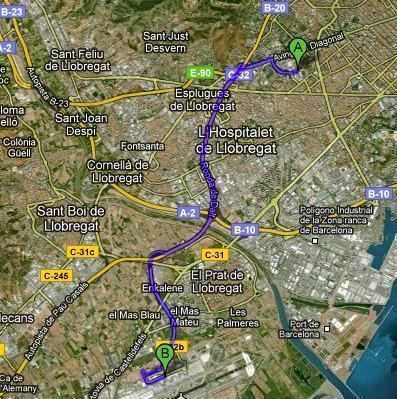